RESTORATION OF A SHAVING TABLE 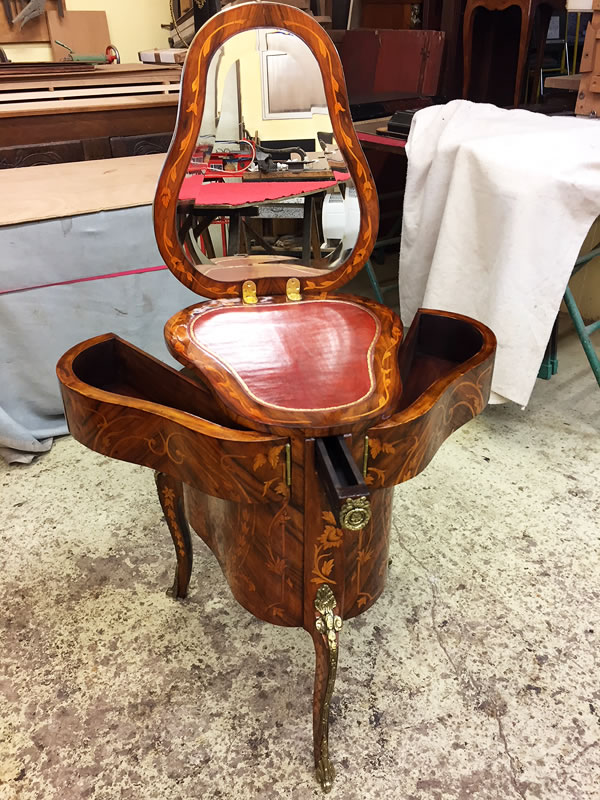 18th century Louis XV shaving table in the shape of a heart and made of violet wood with a floral decoration (bouquets and leaf scrollwork) in boxwood and sycamore. This original tripod furniture with marquetry on all sides has a mirror inside that opens over a tabletop covered in leather with a violet wood frame and a door that opens to the right.

Its particularity lies in its narrow central drawer adorned with a ring that, when pulled, opens two compartments connected by an ingenious mechanism that functions thanks to a hinge system situated within the carcass.
It seems that in the middle of the 18th century a cabinet-maker named Germain Landrin invented this type of furniture and its mechanism, of which other examples have been found, though they are rare and quite exceptional.

My work involved restoring the marquetry, of which the veneer had suffered in many spots, and repairing, with some difficulty, the recalcitrant inner mechanism situated in a part hard to access because the piece could not be dismantled. A good cleaning of the bronze and a sponge-applied varnish rounded off the work. The sponge-applied varnish really brought out the very pronounced curves, highlighted by all the bronze that I had re-gilded. 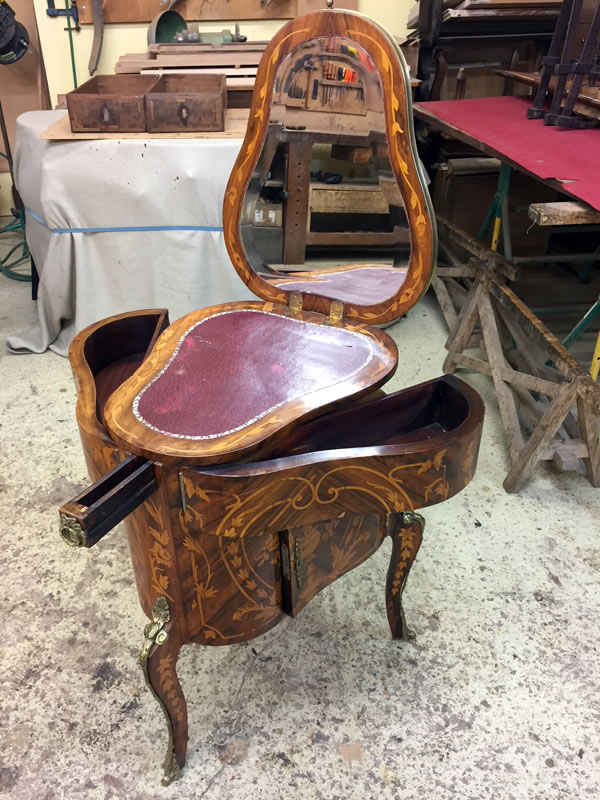 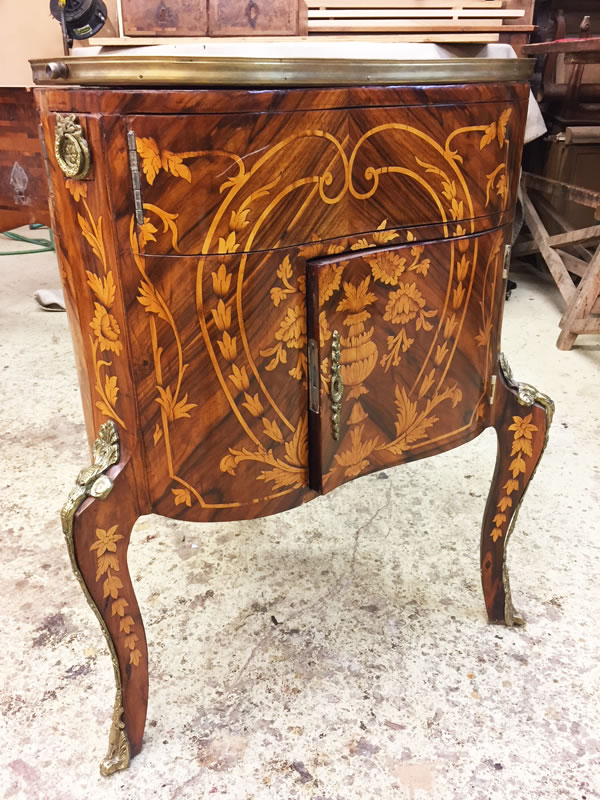 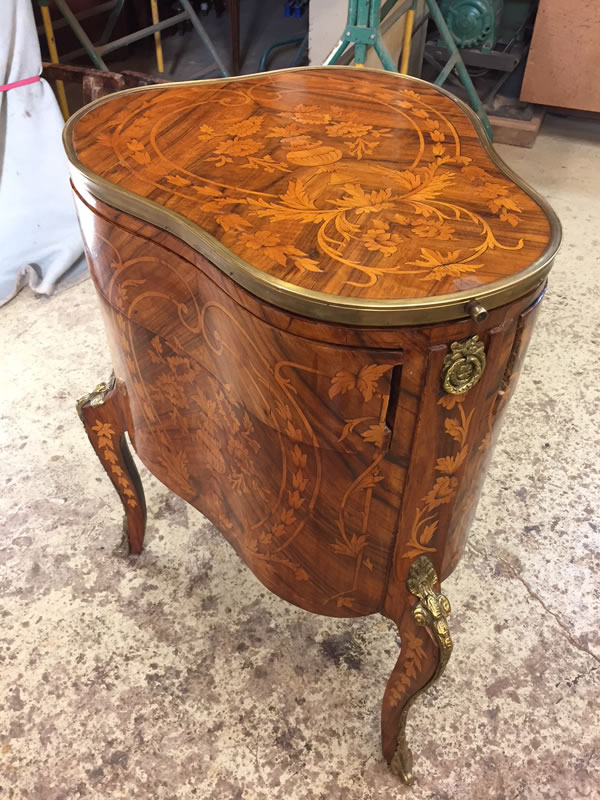 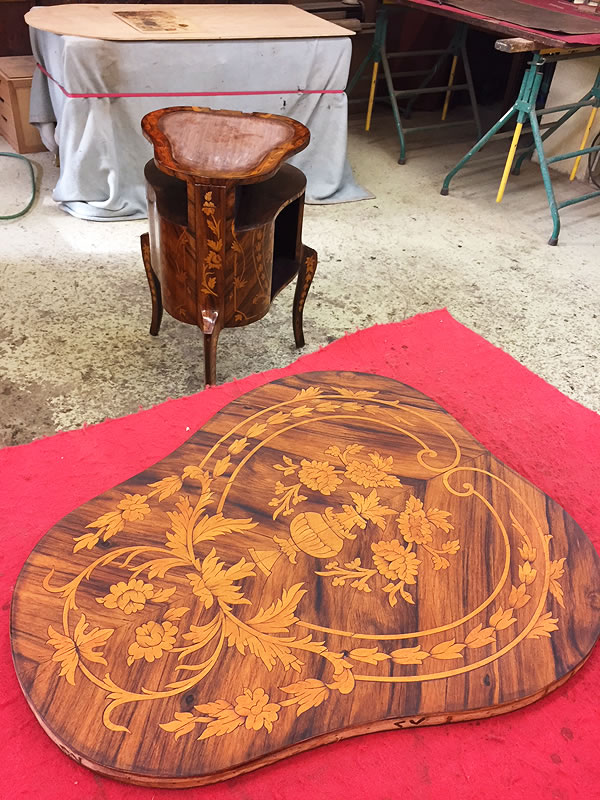 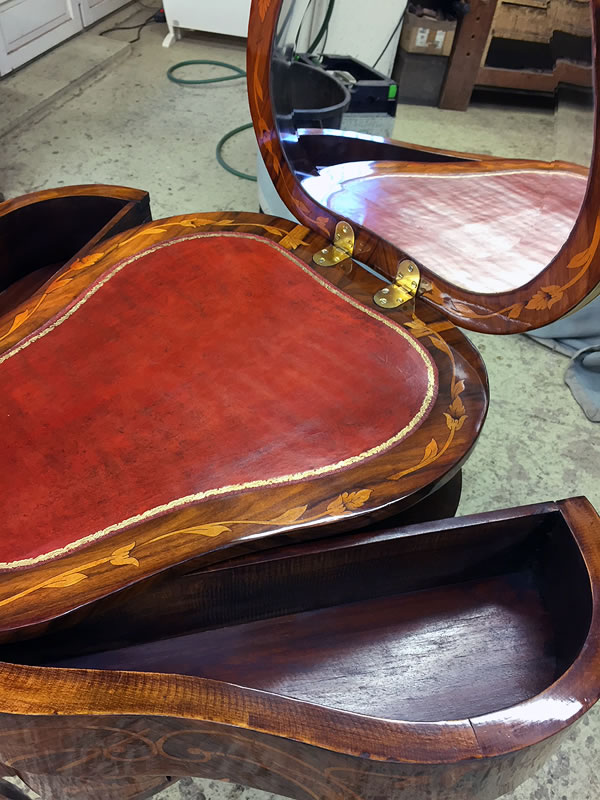 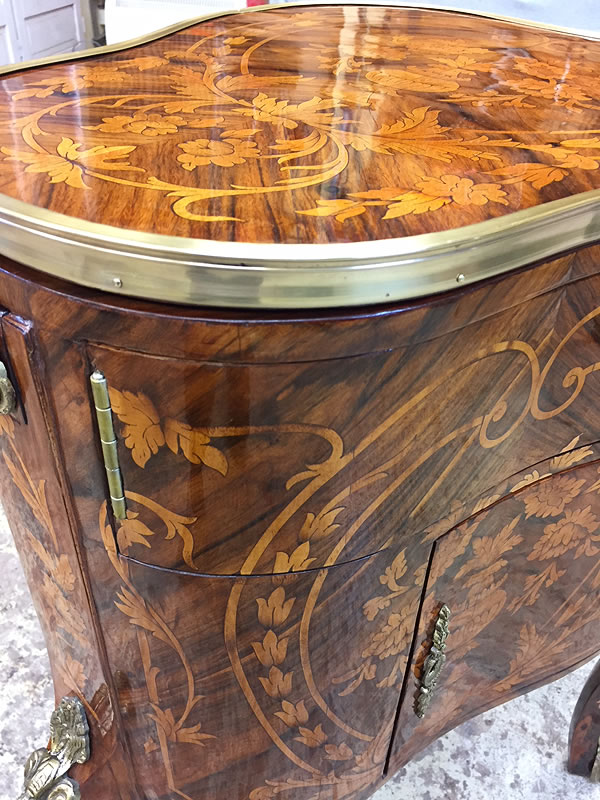 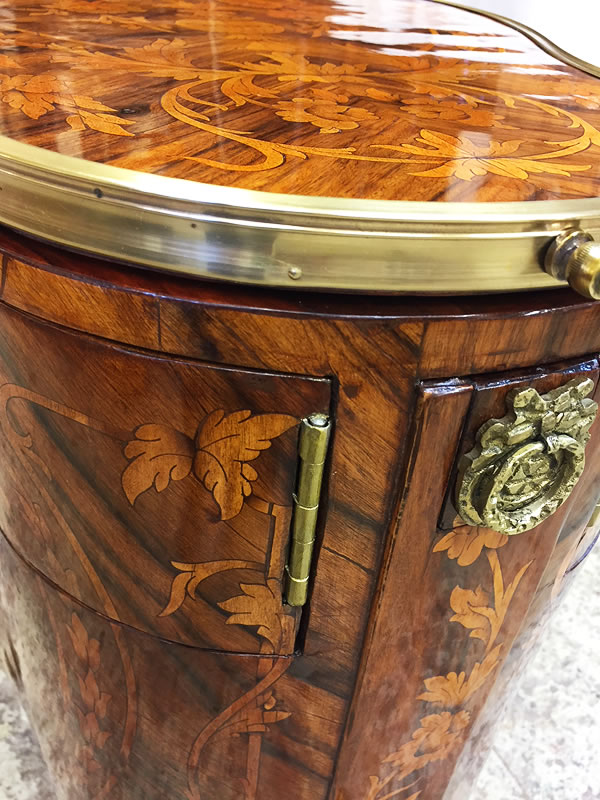 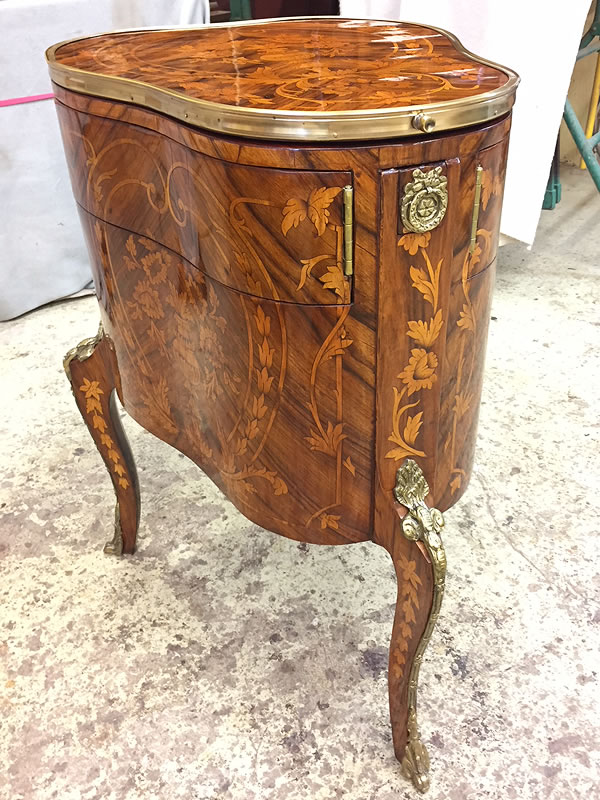 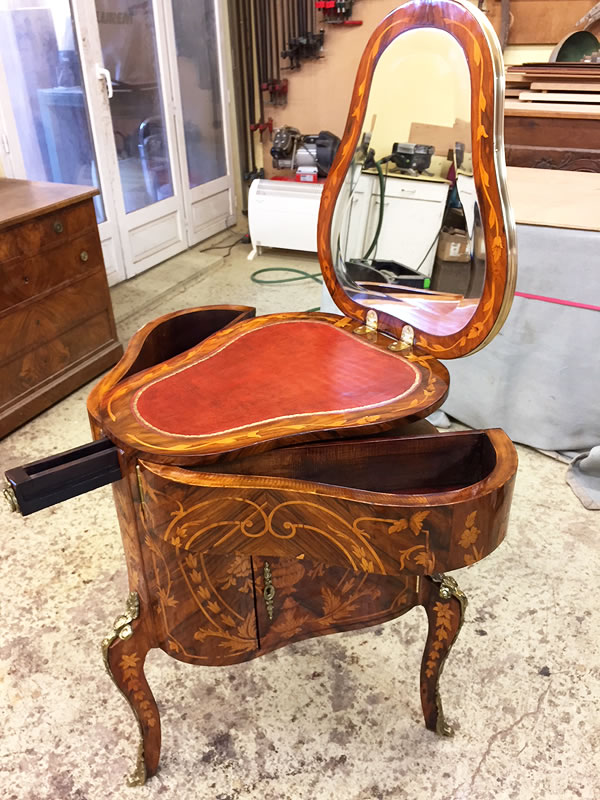