RESTORATION OF A SLANT TOP DESK 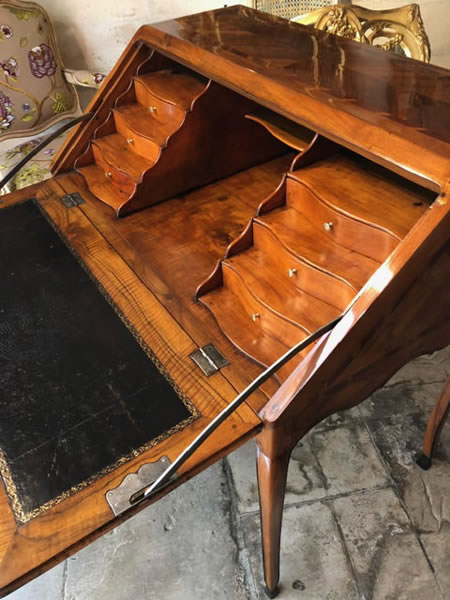 The walnut veneered frieze on this slant top desk was in very bad condition and its carcass (the back, structure, flap and interior) was quite deteriorated.

It was necessary to dismantle the flap and the upper part to have easier access to the most damaged sections.
This also allowed me to restore the veneer on top, which for the better part had bubbled all over, most certainly due Inappropriate sanding.
The same problems could be seen with the bubbled and flashed veneer on the flap.

The tips (also called sabot) of the legs were redone in their initial form and I restored the Louis XV base because it was cracked and slit in certain places.

I darkened the mouldings on the crosspieces as well as those bordering the flap.
Originally, a waxed pore filler must have been used for the finish but I opted instead for a sponge-applied varnish for a finer finish that highlights the walnut friezes and decorative motifs in sycamore as well as the flap’s rosewood frame.

Lastly, it seemed natural that a weathered black leather should go on the underside of the flap. 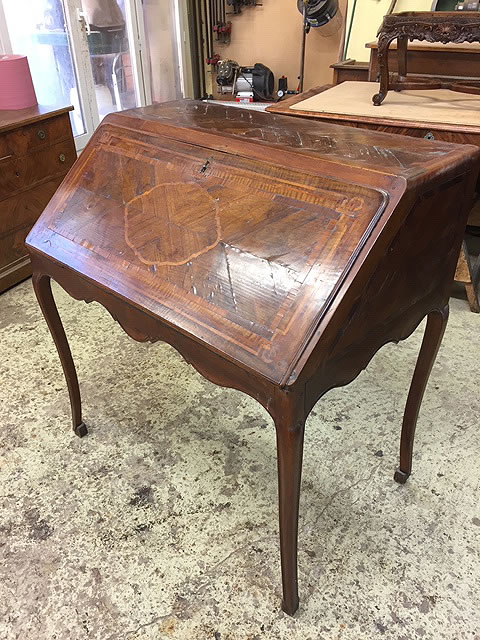 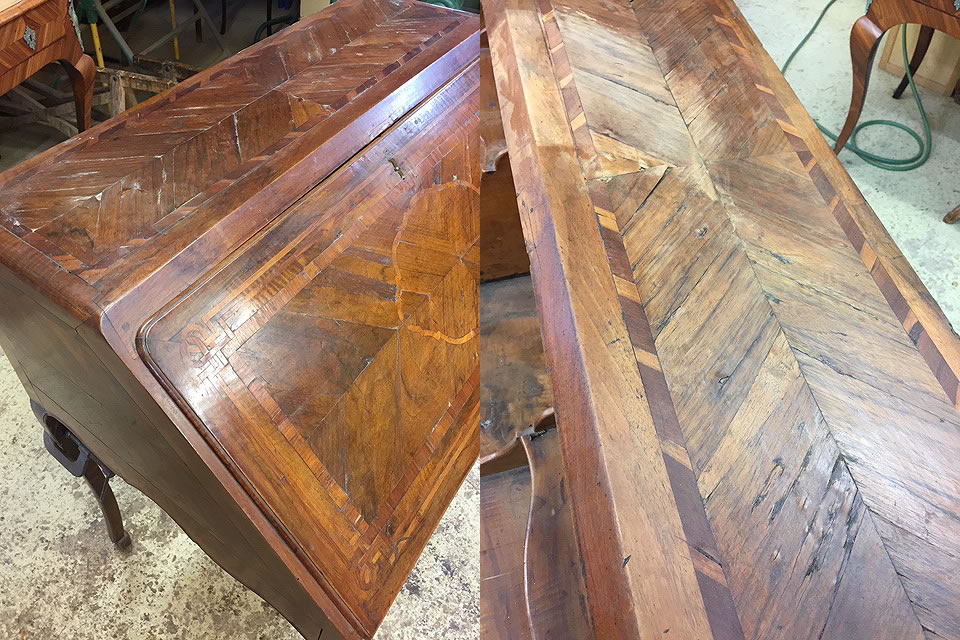 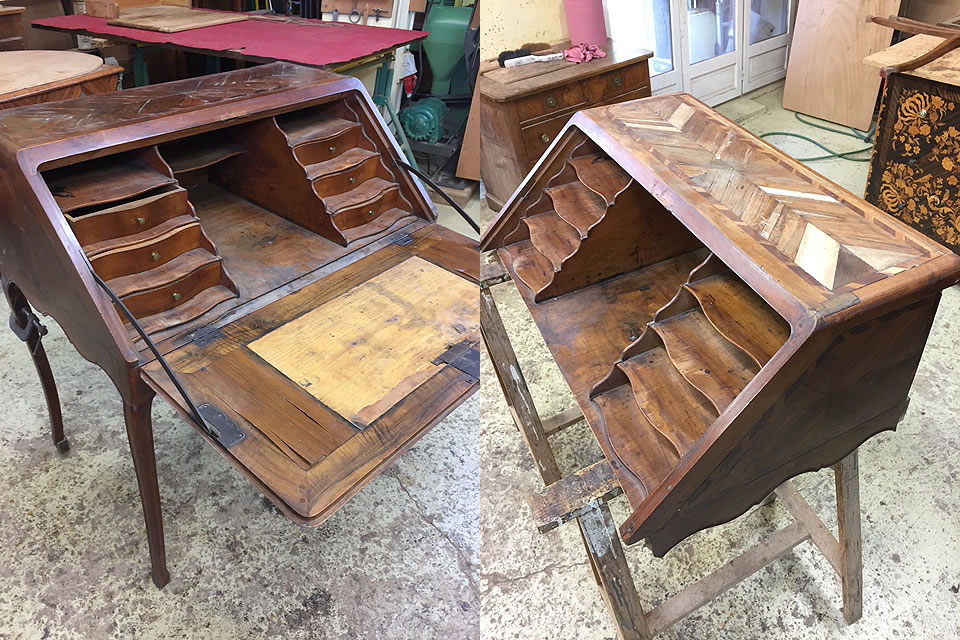 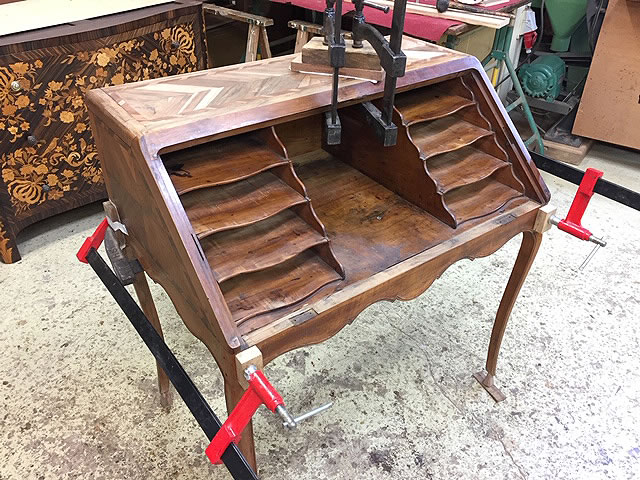 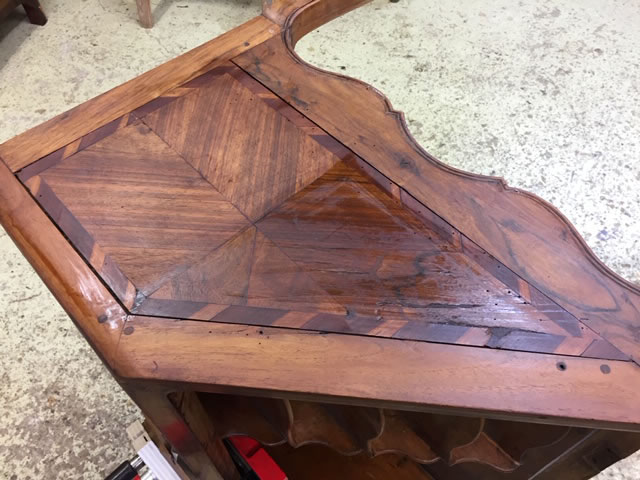 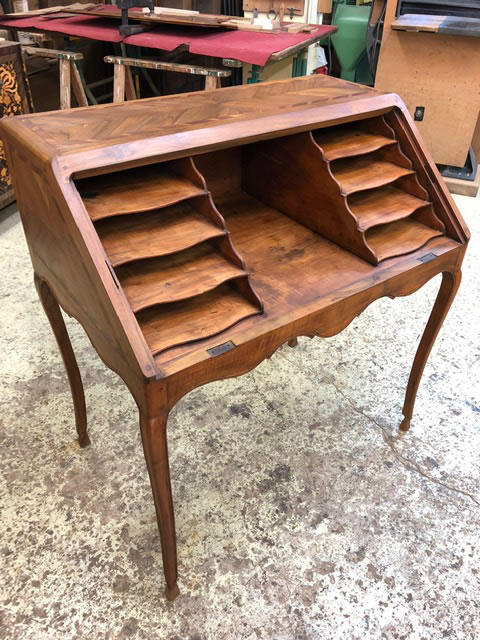 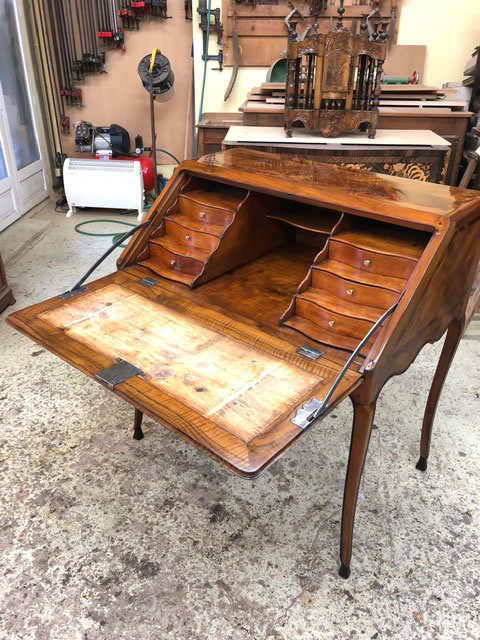 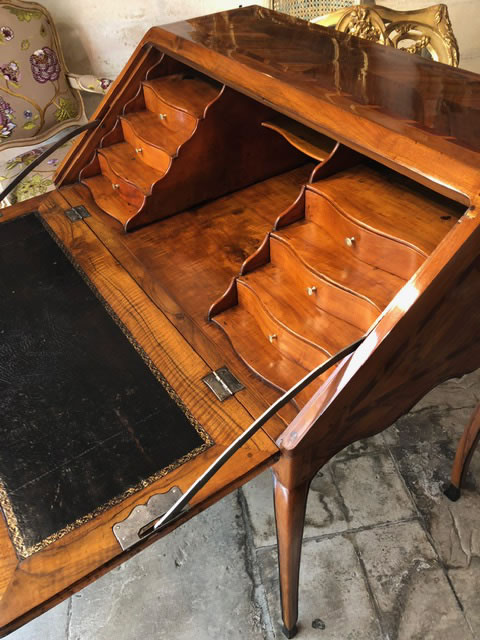 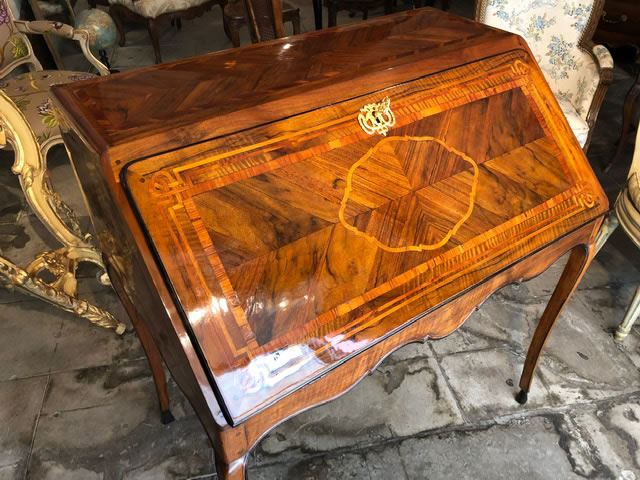 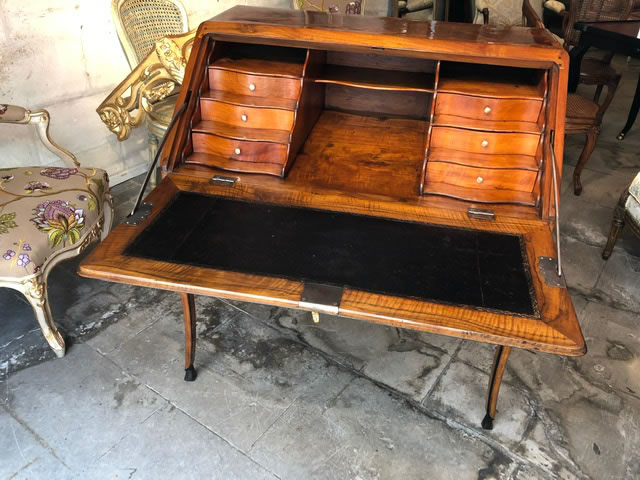