RESTORATION OF A CYLINDER WRITING DESK 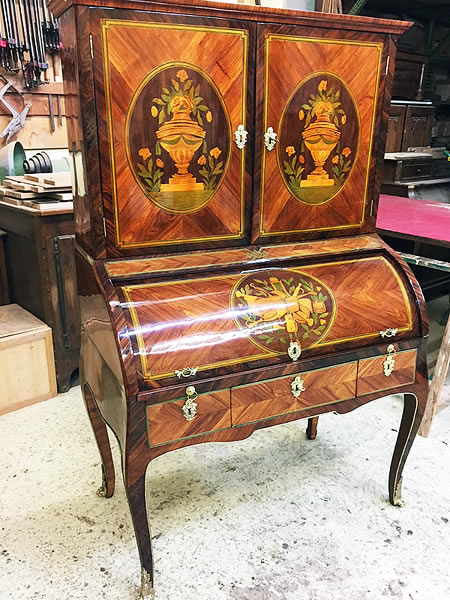 Here I restored a writing desk in rosewood and kingwood. This desk is enhanced by three medallions in polychrome inlaid wood, one on each door and one on the cylinder (green-tinted boxwood). This furniture piece of is composed of three elements: the base, the central part with the movable cylinder and the upper part with doors that open to reveal the shelves. A leather-ornamented sliding desktop with a mechanism opens when the cylinder is activated. The polychrome medallion decorating the cylinder figure has a musical motif; those on the doors have a vases and floral ornament.

The work involved separating the piece of furniture in such a way as to work on the marquetry in its entirety, on the base and on the cylinder’s mechanism. This latter had a tendency to warp and cause problems in sliding as well as for the writing top.
The sponge-applied varnish and the highlighting of the bronze gave this very decorative piece of furniture back all its lustre.

When opened the cylinder reveals a series of small, aligned drawers and the leather which I also had to replace. 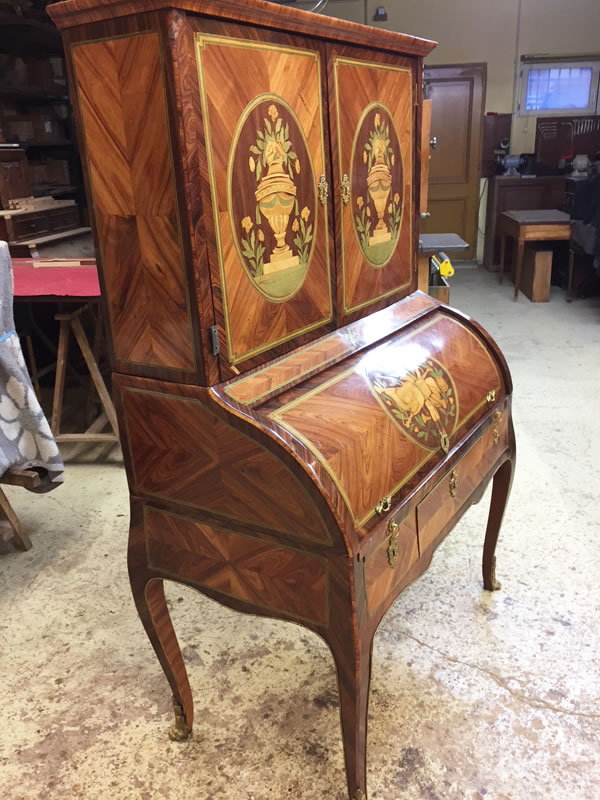 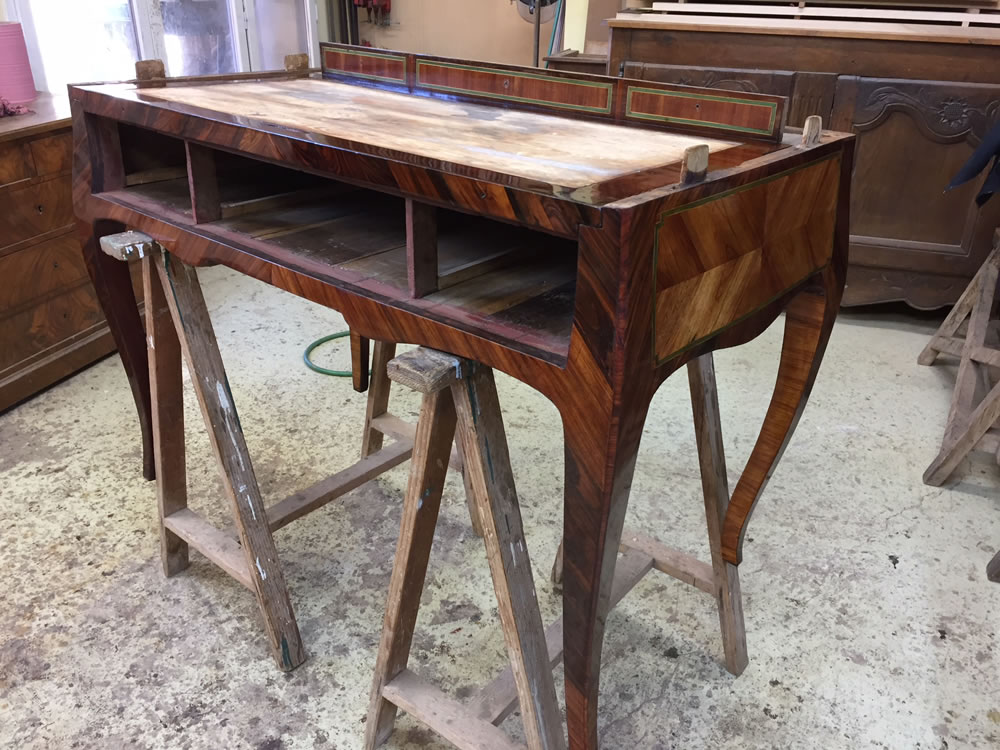 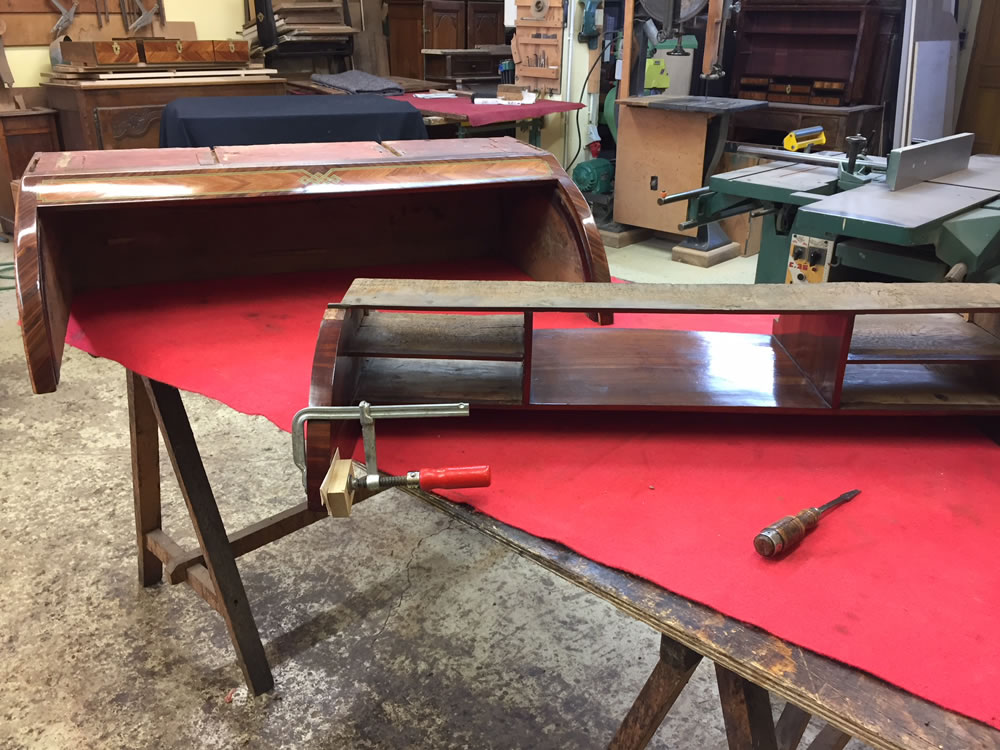 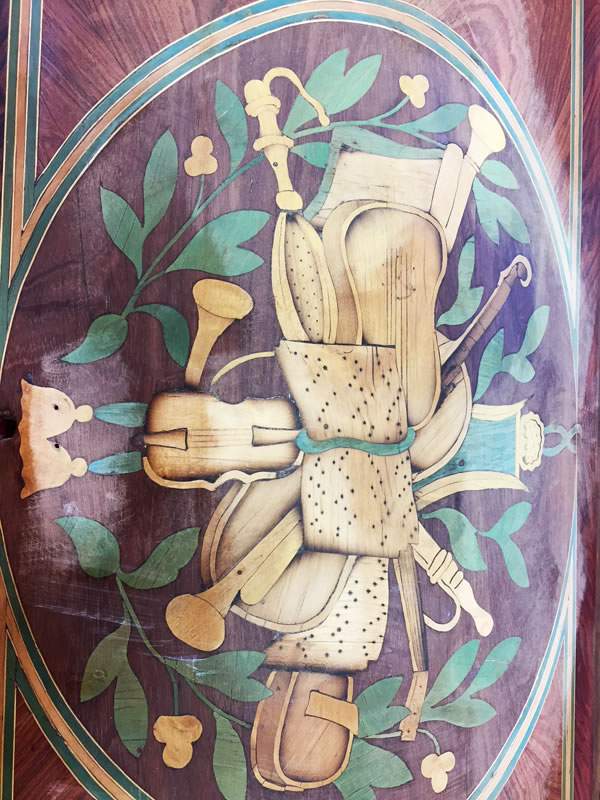 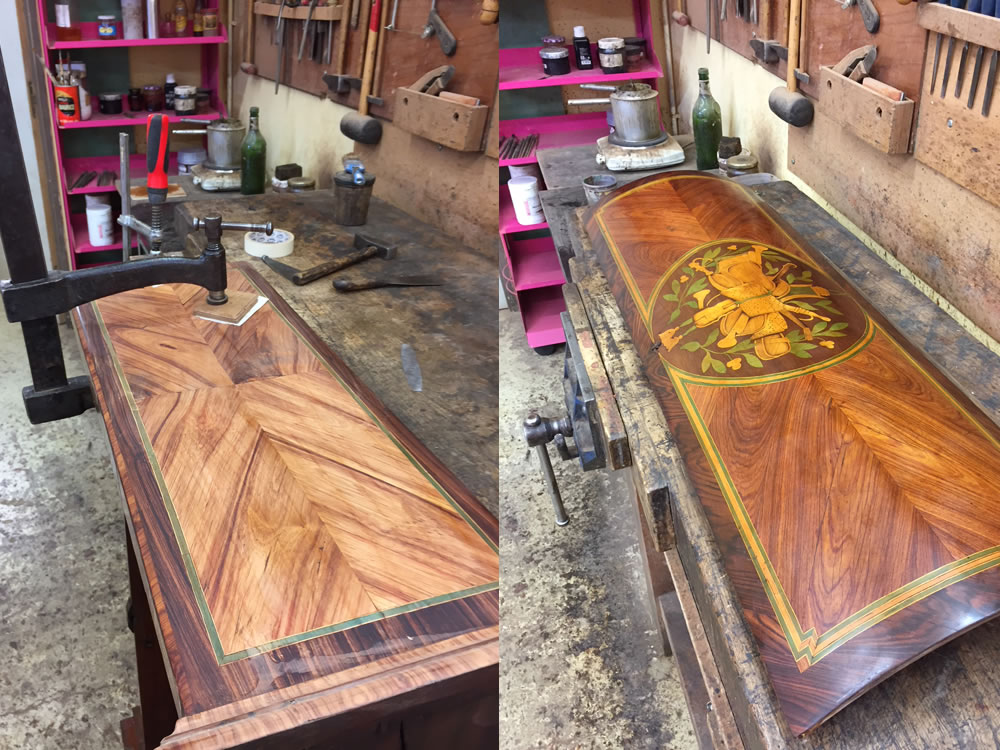 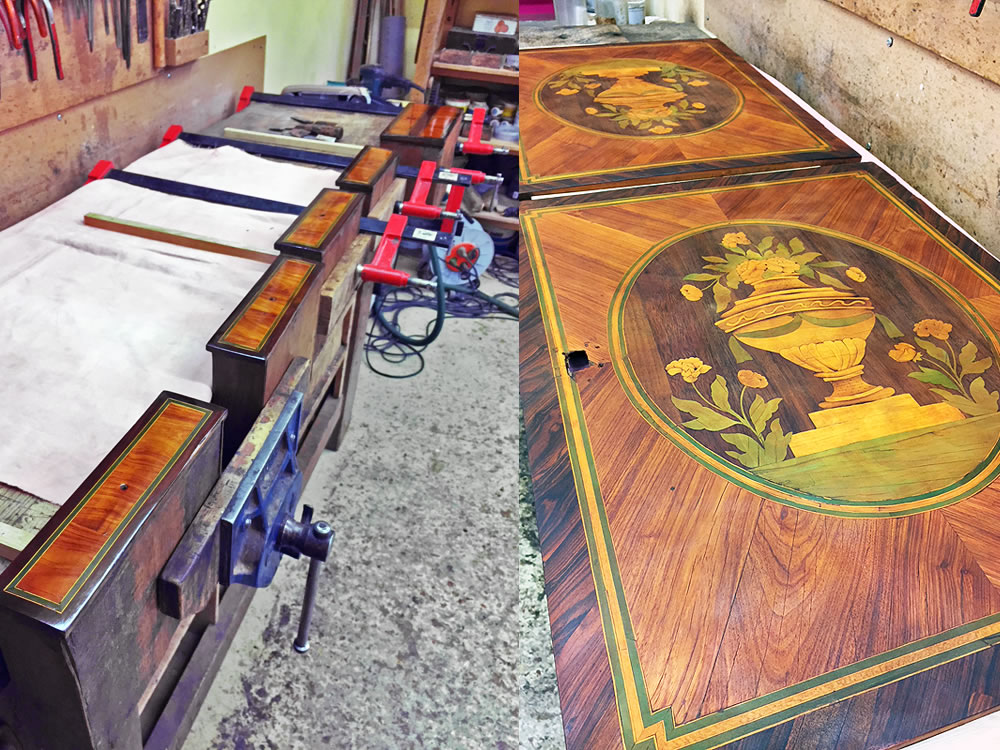 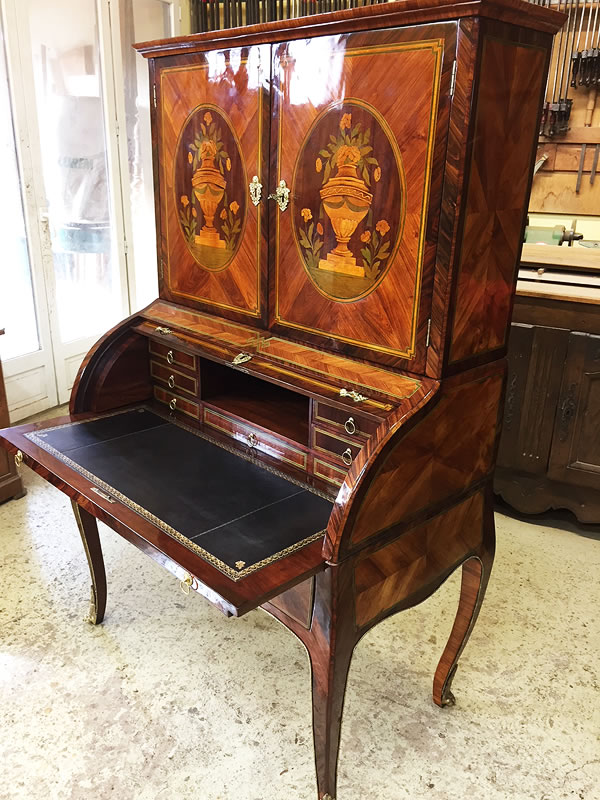 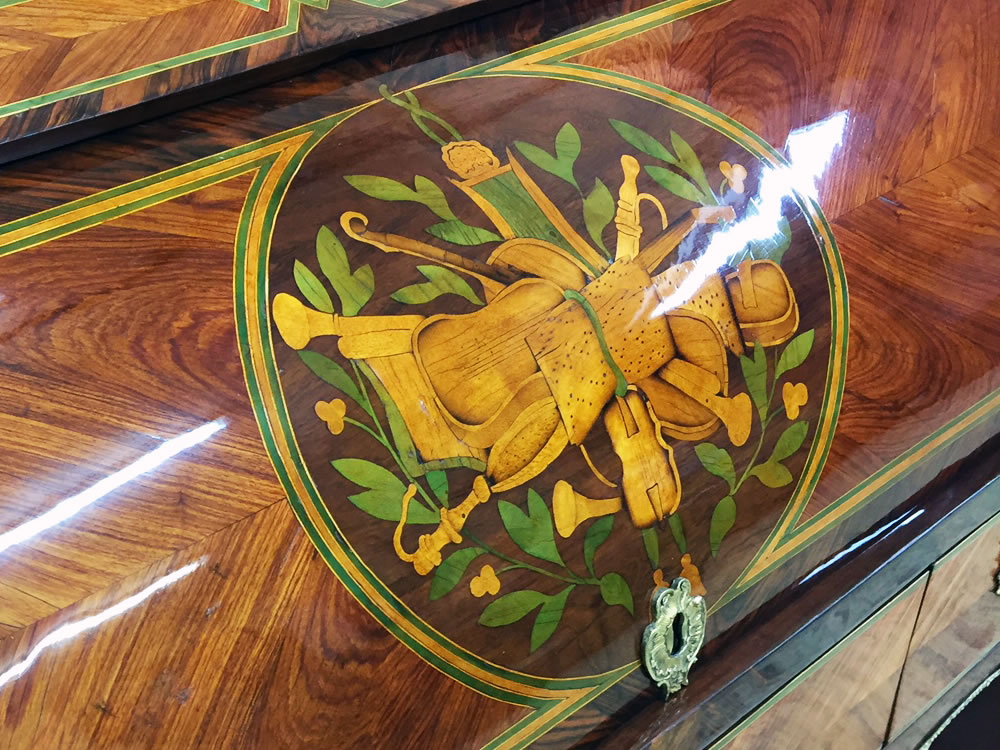 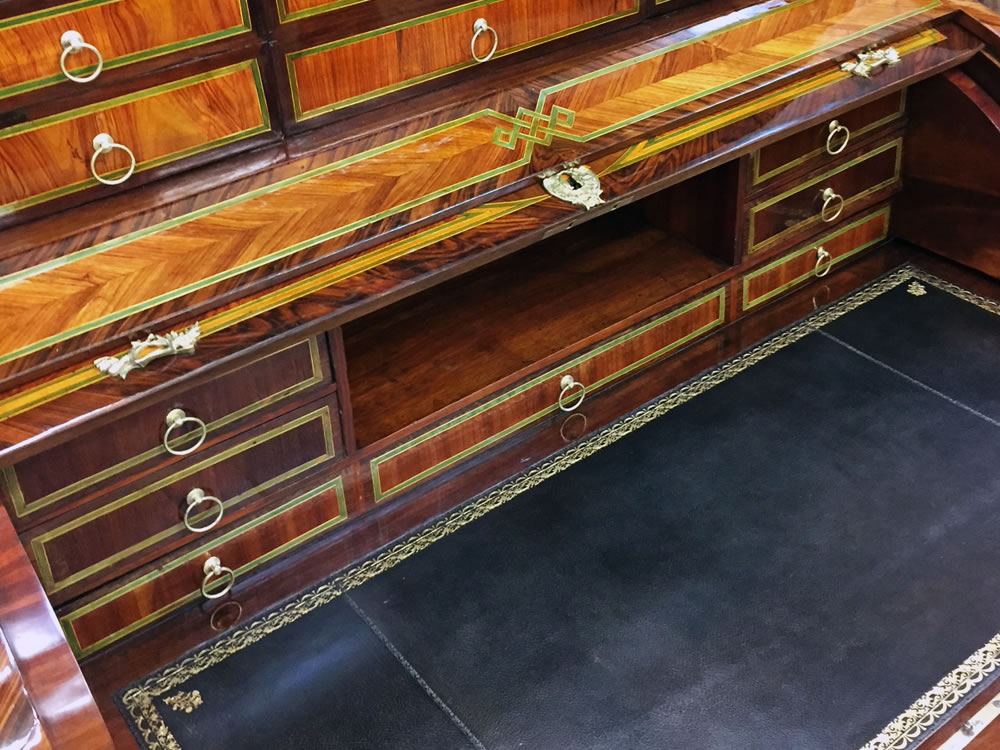 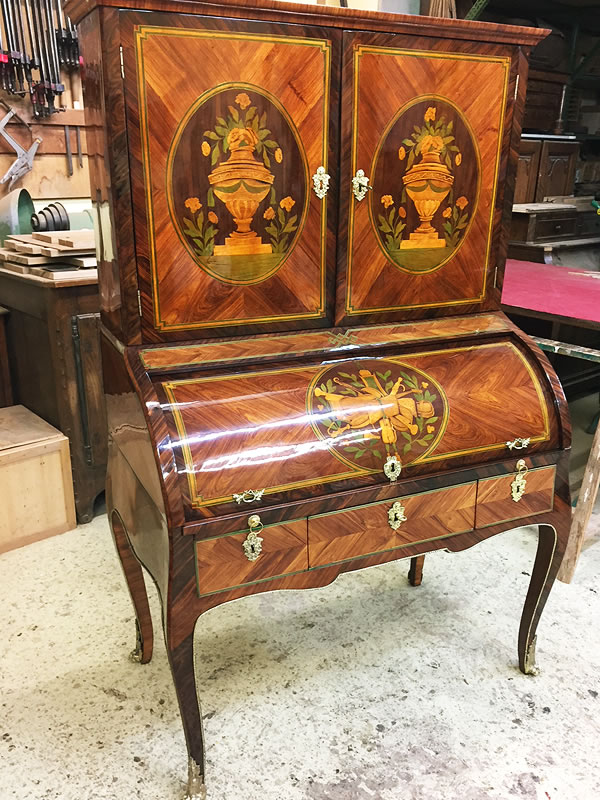 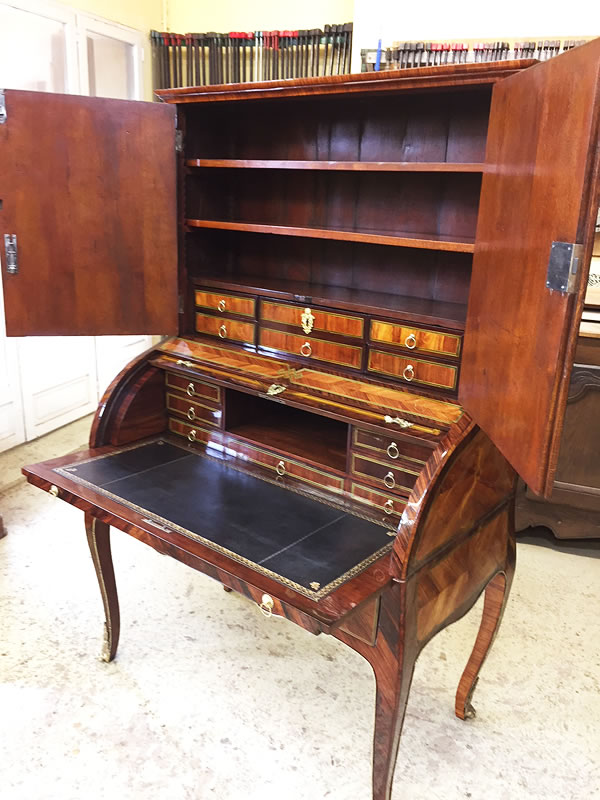