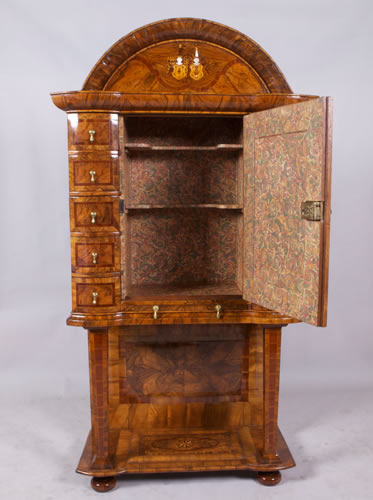 This is an 18th century German cabinet with a burr walnut marquetry and fillets in Quetsche d’Alsace plum wood. Its particularity lies in the central part of the door: a figure (perhaps a magistrate) holding the scales and sword of justice in mother-of-pearl marquetry.

I began the restoration by stripping off the very colourful but aged and worn fabric lining the cabinet’s interior and its many drawers and replacing it with a wax-patinated book-binding paper.

Next, the pediment with its missing mouldings and bubbled or unstick veneer required much attention and care.
The complete cleaning of the old varnish really brought out the colourful nuances in the green tones and also enhanced the grainy veneer and the corners in boxwood and darkened wood (doors and lower plateau).

The bubbled or missing parts of the veneer on the surfaces were restored. Then, after refilling the missing parts and other defects, I proceeded with a fine sanding of the entire piece.

In order to comfortably varnish the cabinet, It was necessary to dismantle the lower part (the angular parts) along with the base.
So, before the complete reassembling of the cabinet, I was able to easily sponge apply the varnish and thus give radiance to all the veneer with their different positioning as well as to the marquetry’s motifs. 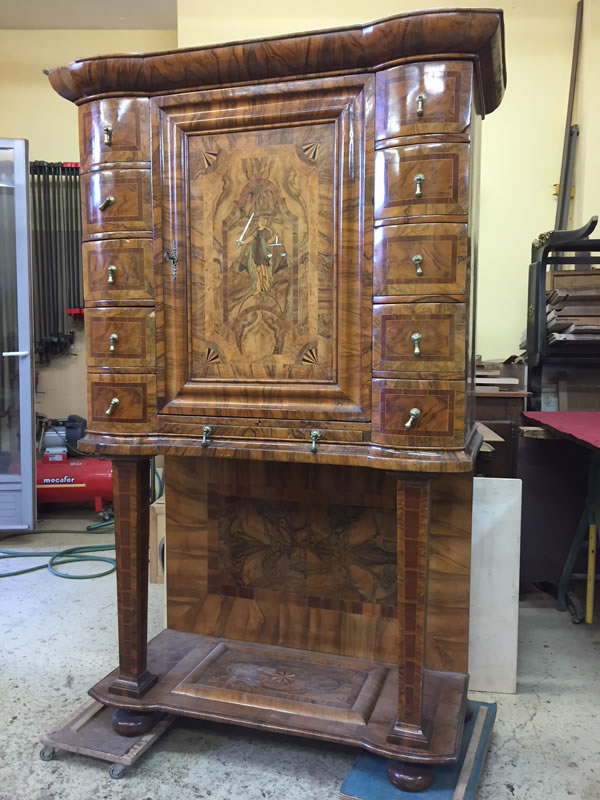 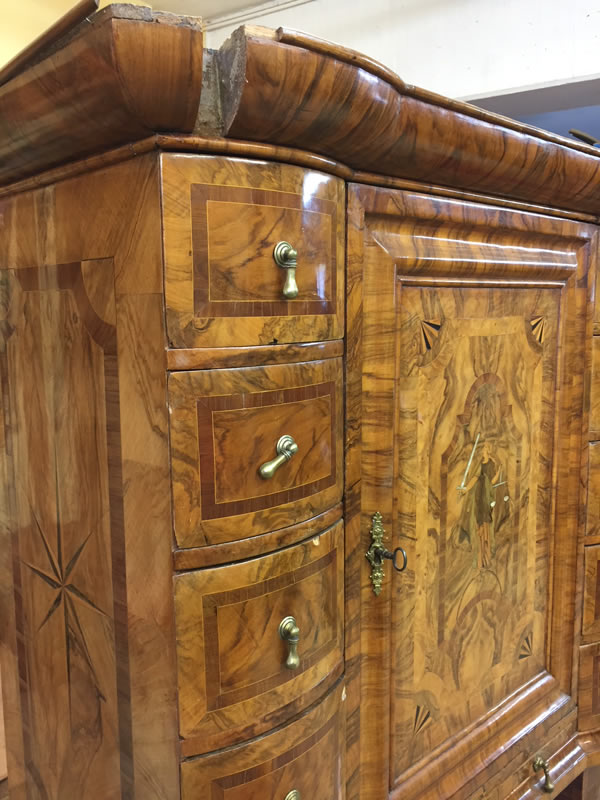 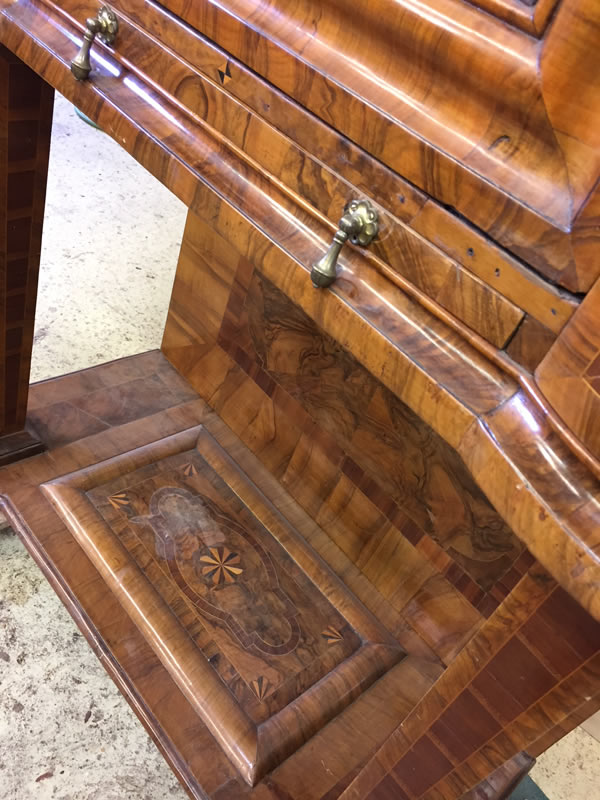 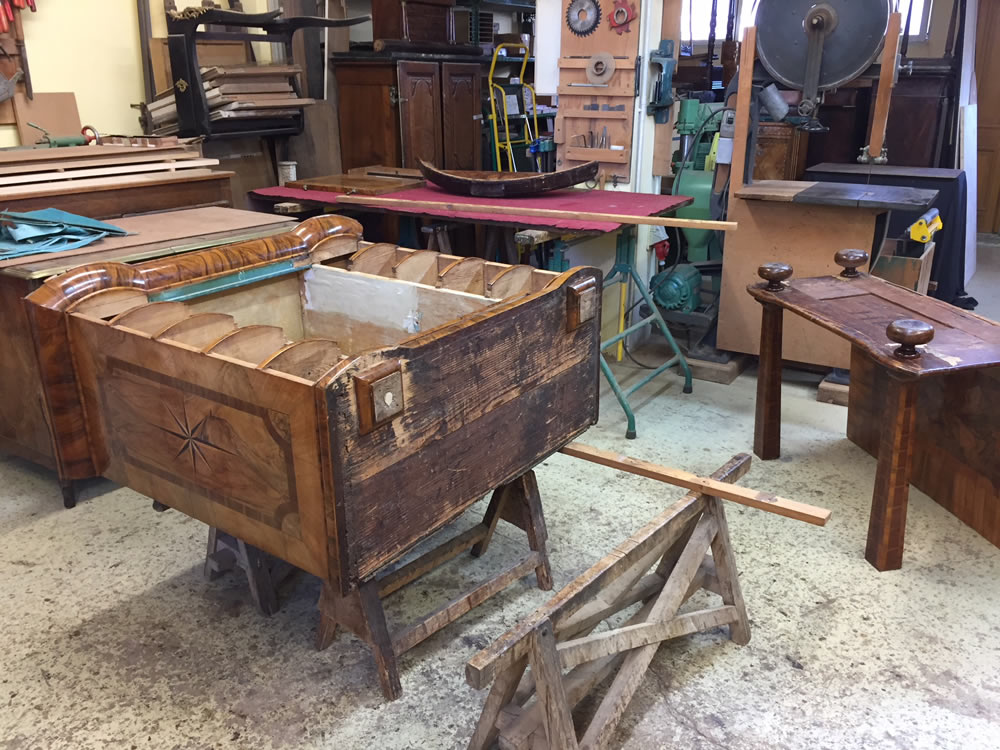 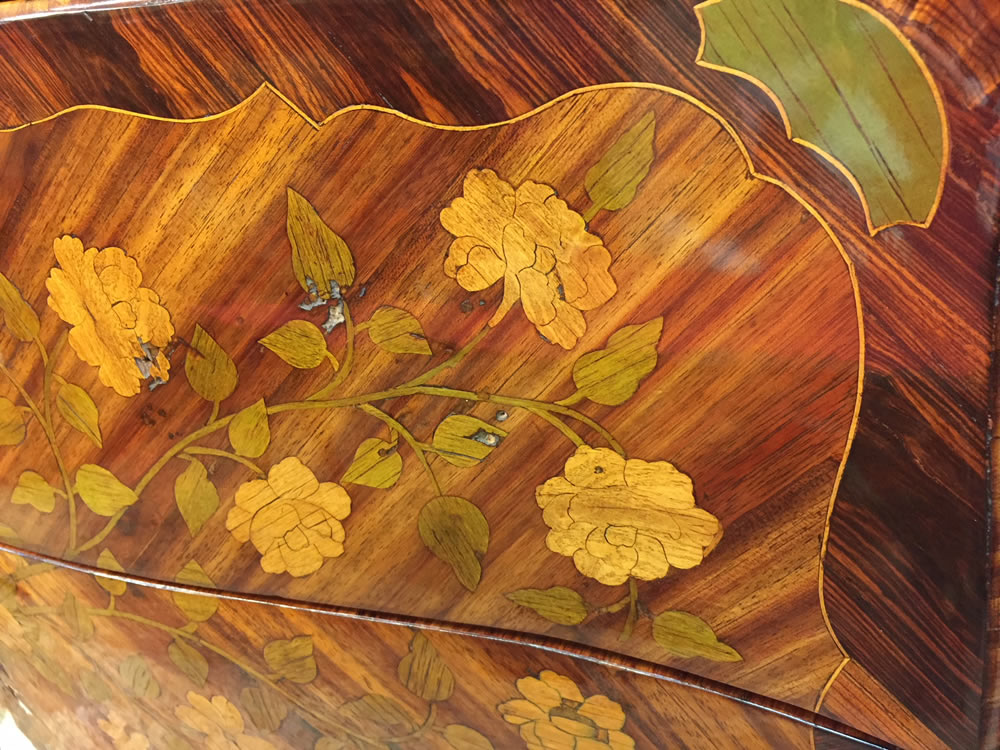 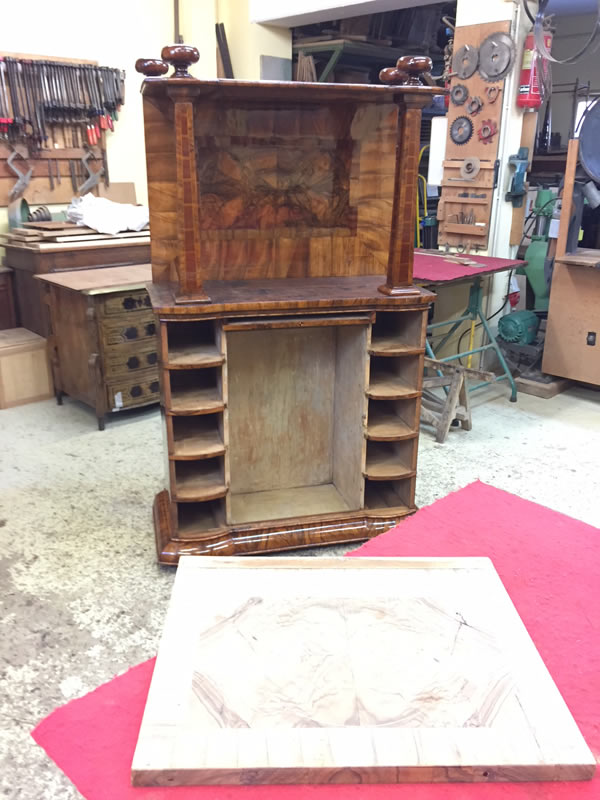 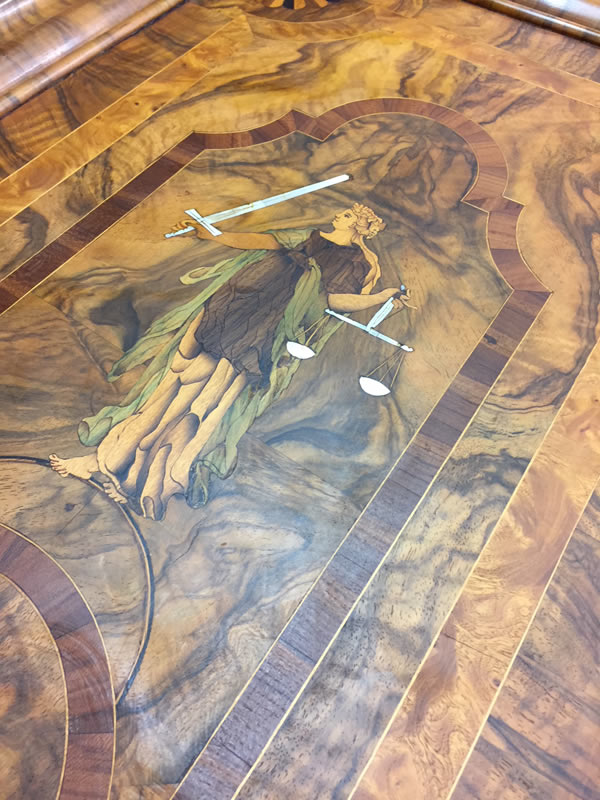 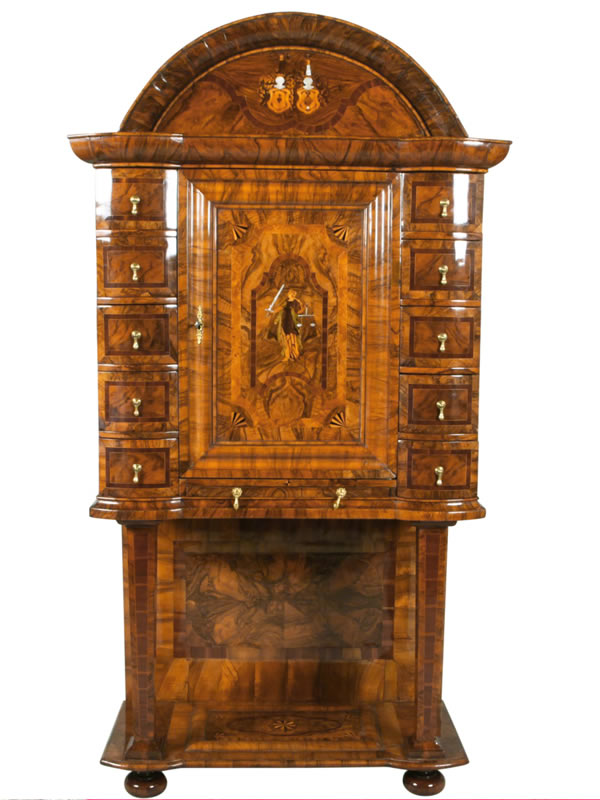 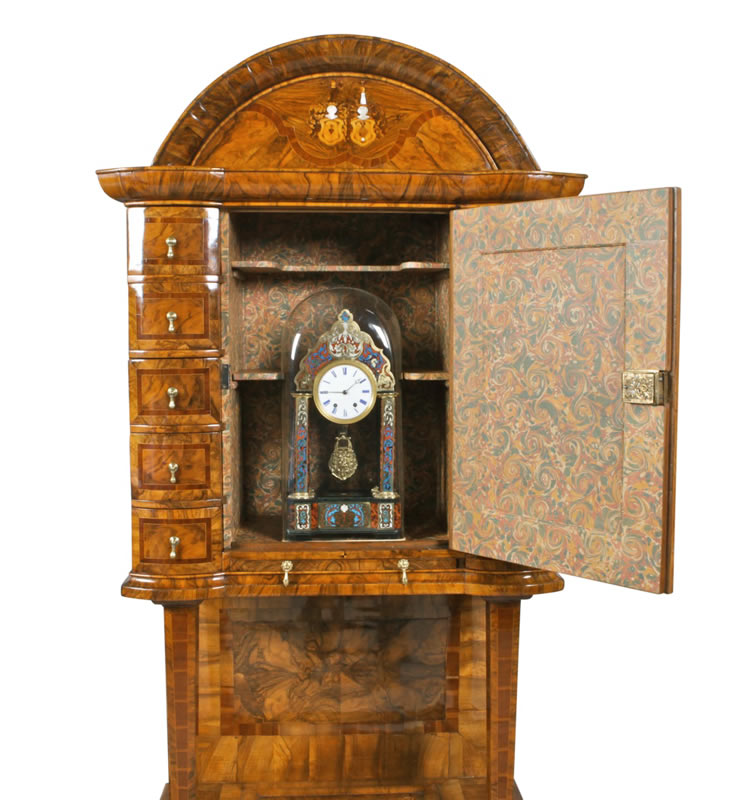 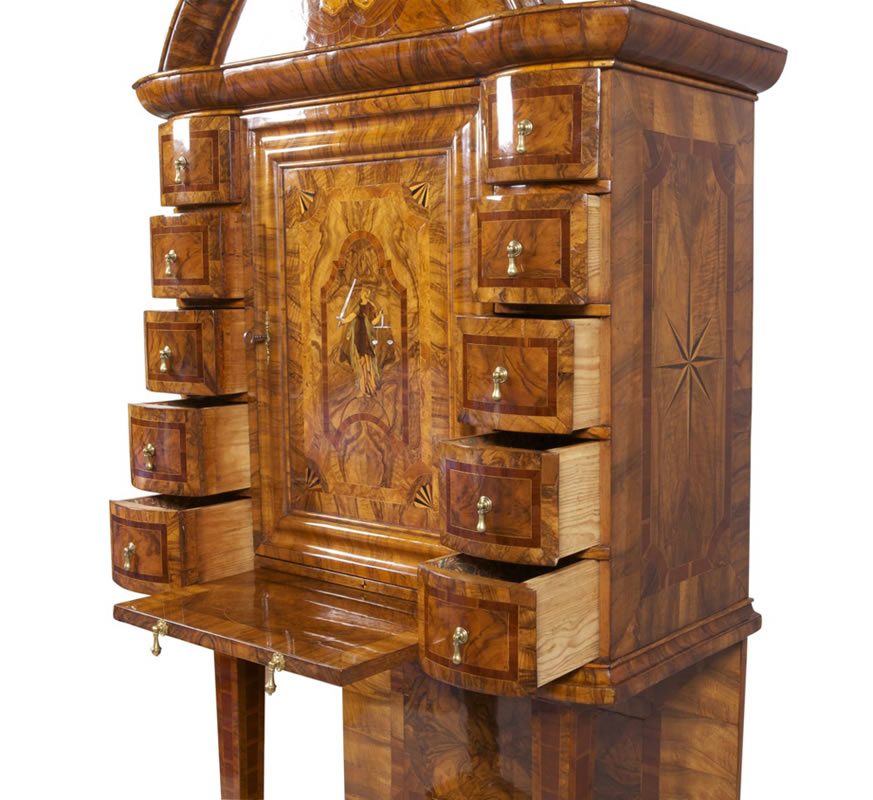