RESTORATION OF A PORTUGUESE TABLE 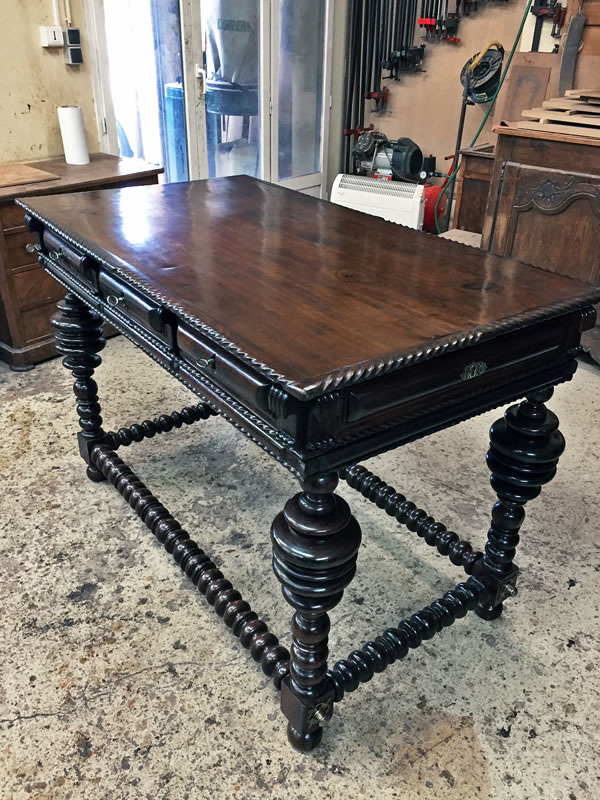 In all likelihood, this rosewood table originally came from Portugal, being what is called “port furniture”. These furnishings were made near a commercial port because, in the past, boats used for trade with the East Indies came back with precious wood, such as mahogany or rosewood, which served as ballast in their holds. This table could have been made with the wood from those boats.

Being entirely demountable, restoring this table was that much easier and I could concentrate on the fluted cable moulding on the tabletop’s perimeter and the turned wood of the legs and base.

Some re-gluing and redoing of the decoration along with the drawers’s runners (I was obliged to take apart the top) completed the restoration of this original piece of furniture.

I did the patina with a waxed pore filler, which highlights these extremely hard woods through the rapid obtention of a certain lustre. 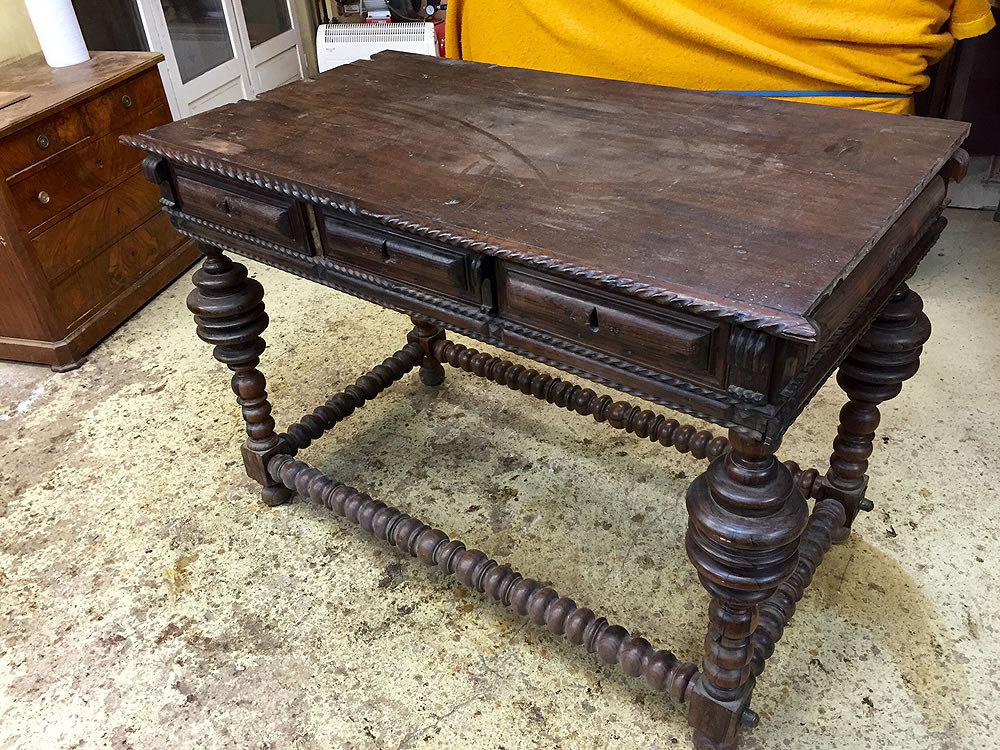 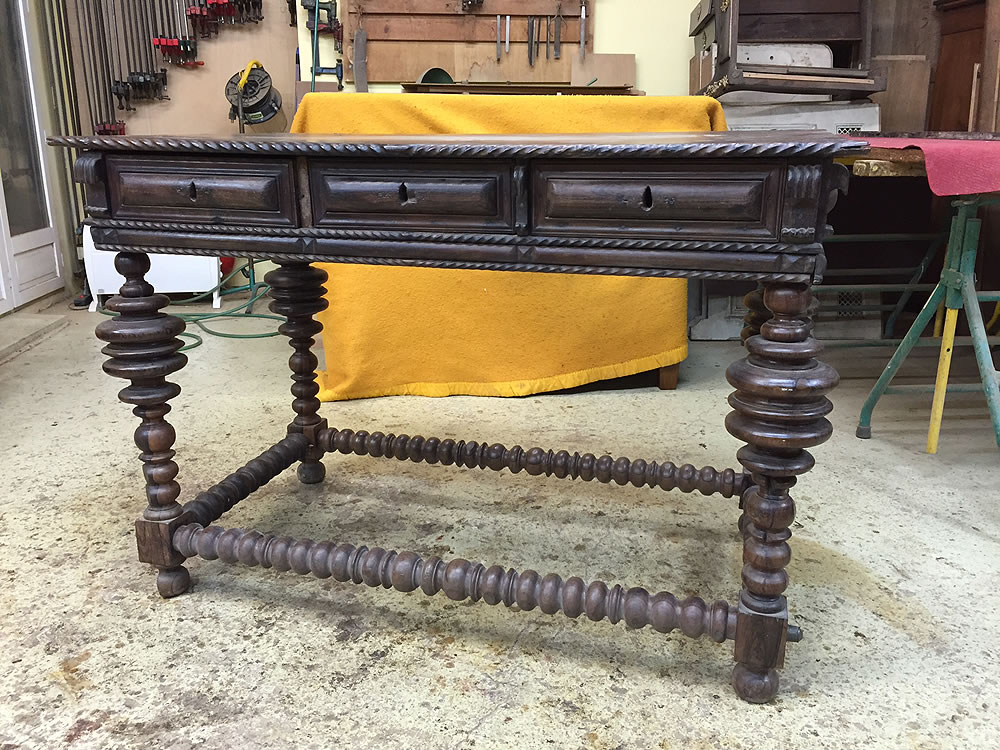 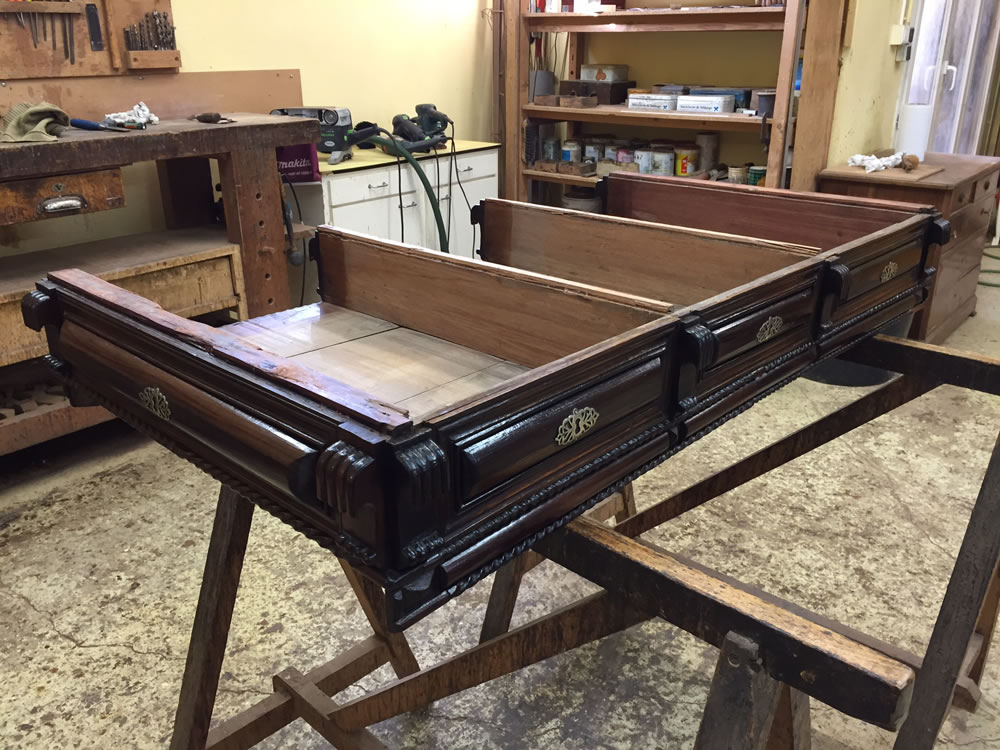 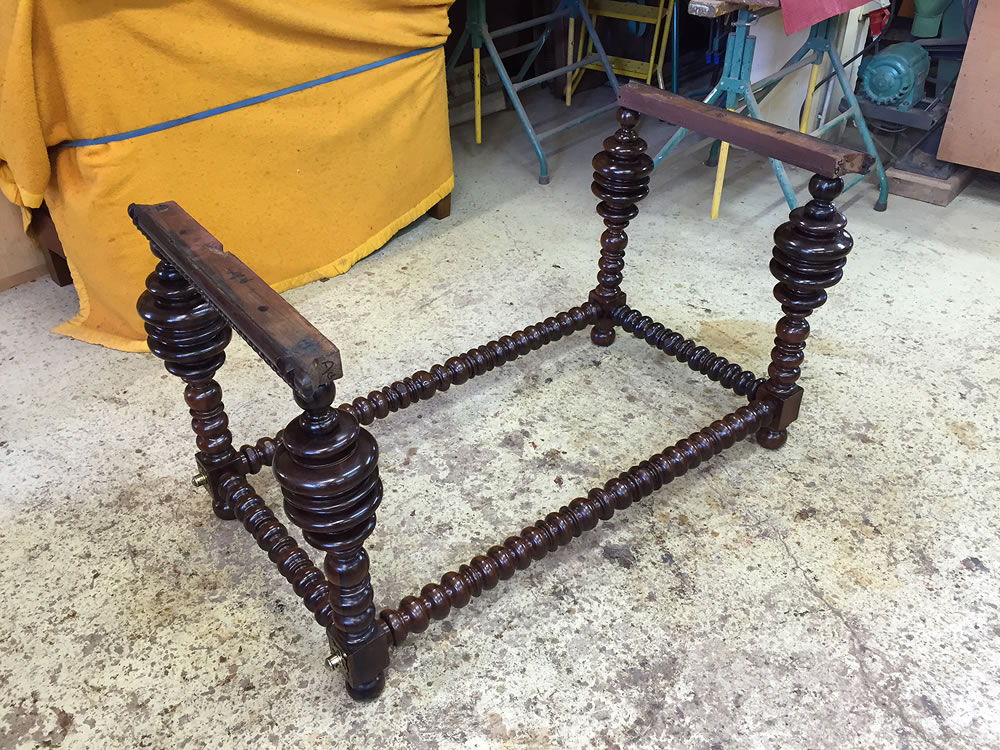 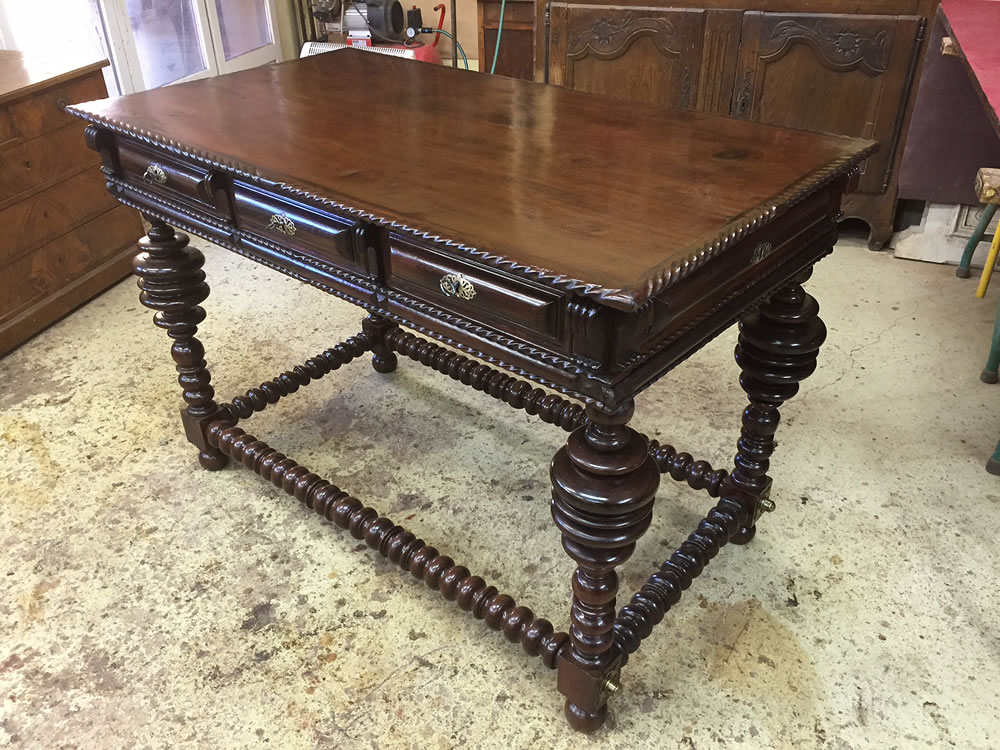 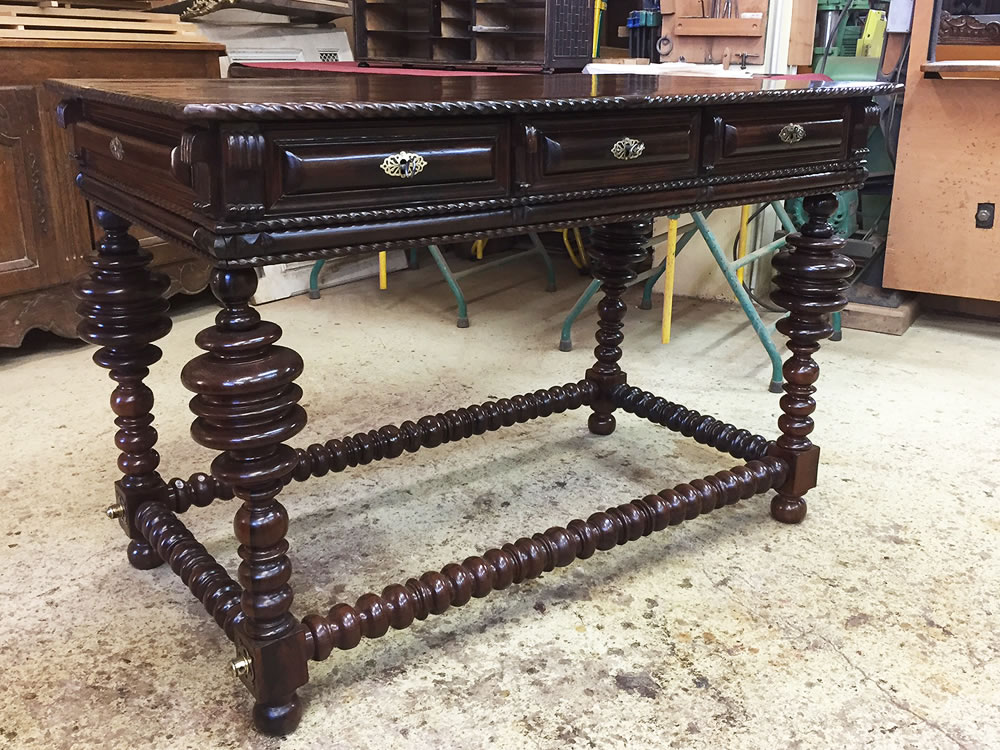