RESTORATION OF A SECRETARY IN SOLID WALNUT 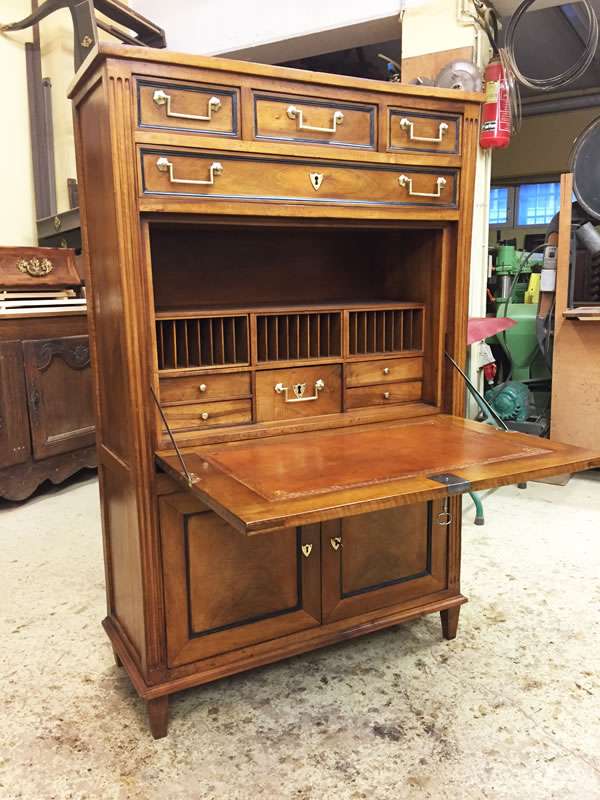 Louis XVI secretary in solid walnut. Its particularity lies in the two rows of drawers situated above the flap, and another row in the secretary’s inner part. The latter combines with vertical cubbyholes that can be moved to reveal hidden spaces.

I restored the entire piece of furniture and then replaced the old key which had been lost as well as the covers to hide the flap’s hinge stays.

The flap’s leather was replaced. After remedying the hue, a waxed pore filler patina added new lustre to this old secretary. 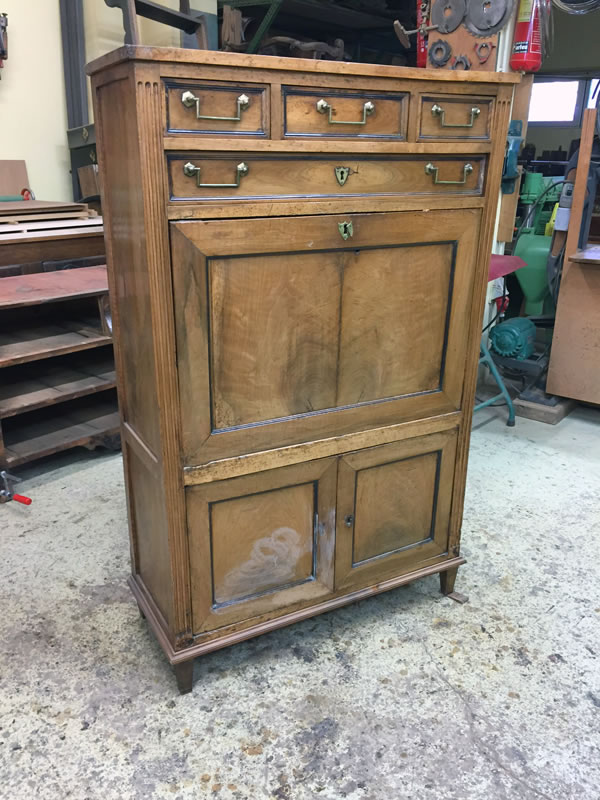 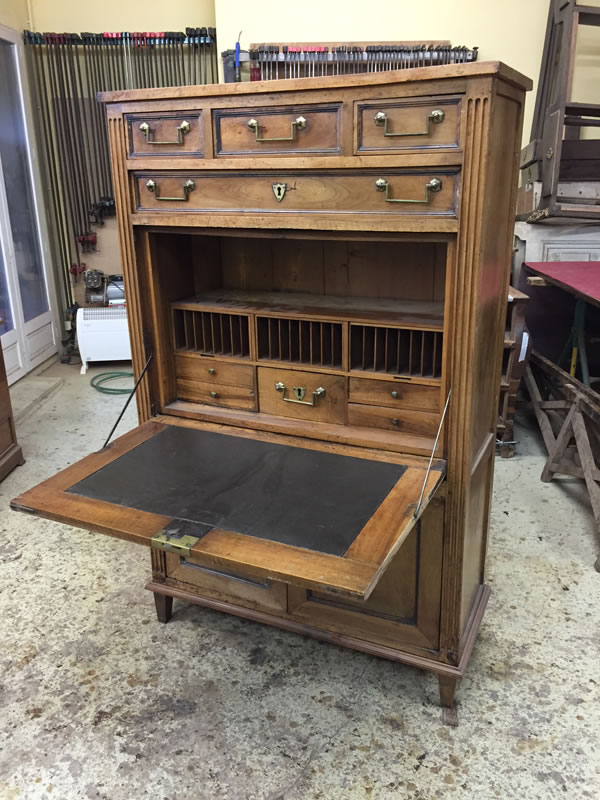 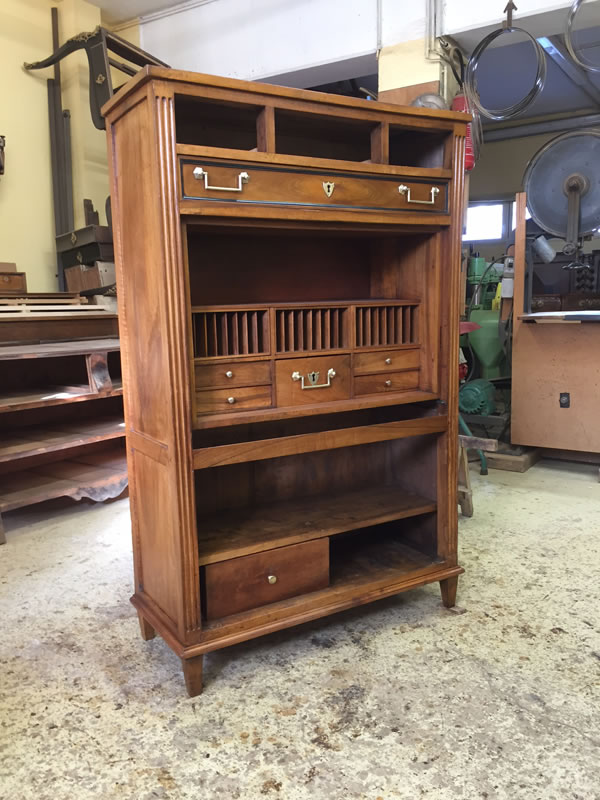 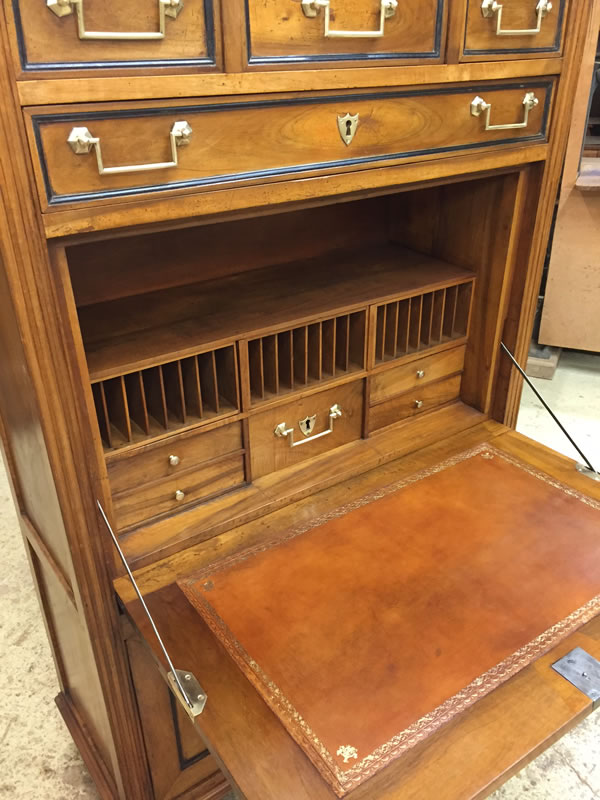 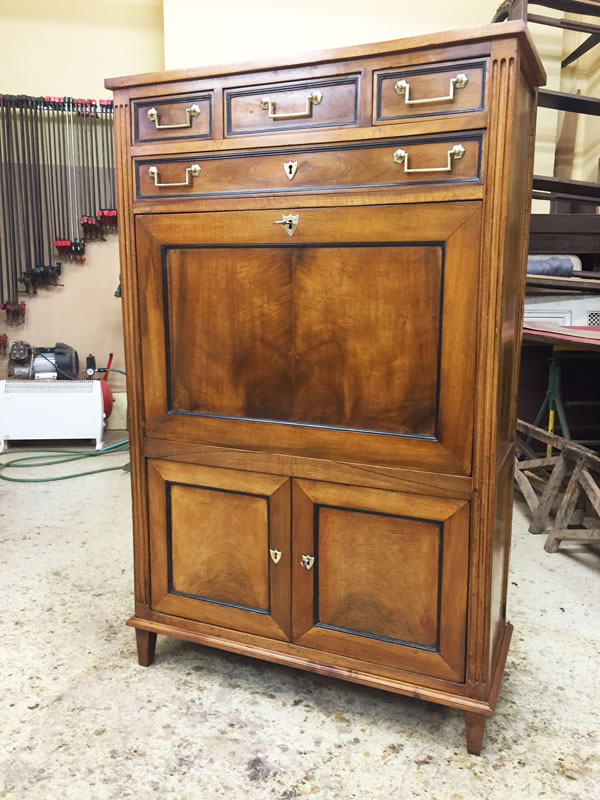 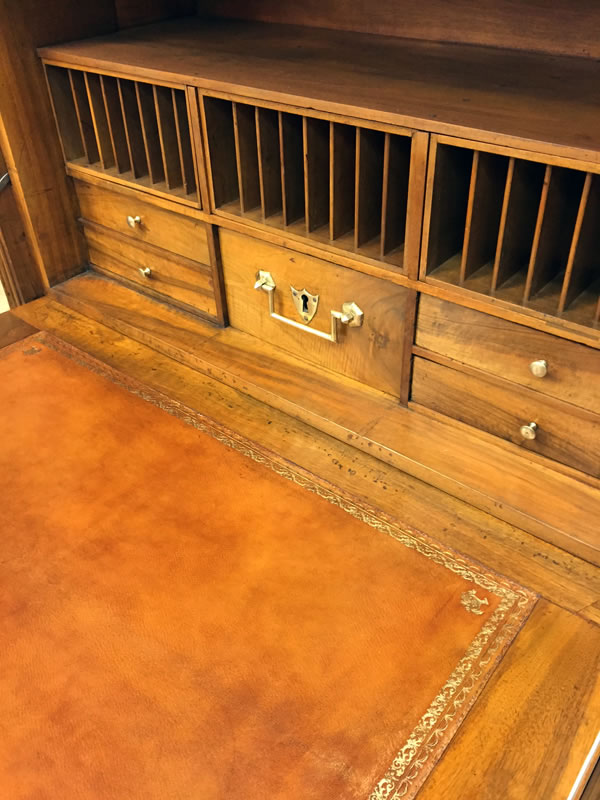